With only two days to go to the start of the 2015 Rugby World Cup excitement is building to a fever pitch.

Cardiff, Wales’ Capital City, is hosting eight matches and you can’t get much closer to the action that staying at Sleeperz Hotel Cardiff, right opposite the Millennium – soon to be renamed Principality – Stadium.

Given that we are less than a meaty drop goal or well struck conversion from one of the official venues, we’ve decided to publish a few top tips to help you enjoy the rugger. 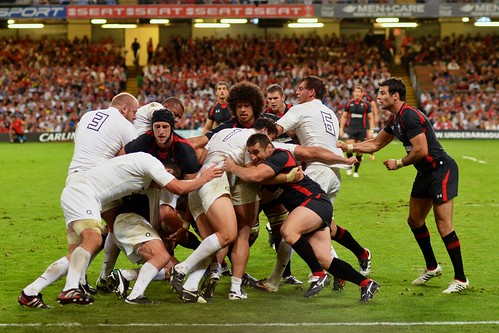 No Ticket – but still want to enjoy the Rugby World Cup Party?

There are 15 official fan zones spread across the 11 host cities of England and Wales where people can go and watch the matches for free and enjoy a big party.

Cardiff’s fan-zone is one of the largest and is located at the Cardiff Arms Park on Westgate Street, right next to the Millennium Stadium.

It can take up to 10,000 people, you don’t need a ticket and you can watch the matches on a giant video screen.

As well as the rugby there’ll be stacks of family friendly entertainment including: street theatre performers, DJs and music, S4C Regional Choirs, Haka Day Out and Fijian Fire Eating.

Food and drink stalls will also be on site as well as rugby activities such as a Kicking Cage, 3d Scrum, Batak Response Test and Speed Pass.

Which matches will be shown in the Fan-Zone?

For a full rundown of the 2015 RWC fixtures click here

Transport links to and from Cardiff are good and Sleeperz Hotel Cardiff is the closest hotel to Cardiff Rail Station. There are also regular buses into the city from Cardiff Airport.

For all your transport needs, check out this handy guide to travelling to Cardiff.

Where to go for a pre-match drink in Cardiff?

Who better than iconic Welsh brewer Brains to tell us where you should head for a pre-match pint.

When is the opening ceremony?

The opening ceremony of the 2015 Rugby World Cup is taking place on Friday September 18 before the first fixture played between England and Fiji at Twickenham.

It will start at 6.45pm and finish at 7.25pm and will be aired on ITV with commentary from John Inverdale and Rugby greats like Jonny Wilkinson and Sir Clive Woodward.

For more helpful information about getting around Cardiff try: www.visitcardiff.com